The HSE Institute for Oriental and Classical Studies (IOCS) is engaged in researching Asian-related subjects and providing high quality instruction to undergraduates in conjunction with studies of classical antiquity, as well as teaching many subjects related thereto. As part of such activities, special attention is paid to the following matters:

bringing together, within the same academic body, specialists in Oriental Studies, Classical Philology and Ancient History, which allows us to advance and promote a wide range of interdisciplinary research;

all-round mutual connection between classical Oriental Studies and contemporary research on Asia at all levels of study and instruction;

the widest possible geographical coverage of regions, languages and traditions under study;

a broad range of research areas (from linguistics to cultural studies);

In terms of regions, the work of the Institute’s research fellows covers, for the most part, the traditional areas of Oriental and Classical studies, including:

China, Japan, Korea, Vietnam, Laos and Thailand, Mongolia and Tibet, Iran, ancient India, the Muslim India and Pakistan, the languages and cultures of Dravidian India, Turkey and Turkic-speaking countries of Central Asia, the Arab world, Africa—Ethiopia and Eritrea, ancient Mesopotamia, the Old Testament and its world, the Christian Orient, Syriac and Neo-Aramaic studies, ancient Greece and Rome, the archaeology of the ancient East, the eastern and south-eastern regions of Russia. 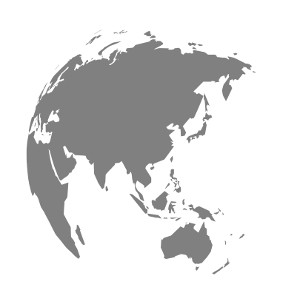 In regards to the subjects of research, the following principal fields may be specified:

The Institute’s research fellows have considerable experience with publications in international academic journals, which are indexed in such bibliographical databases as Web of Science and Scopus. Their monographs are put out by major world publishers as Brill, de Gruyter and Oxford University Press.

The Institute’s projects include the ongoing ‘Orientalia et Classica’ series, many volumes of which have already been published, as well as an international scholarly magazine of the same name, collections of academic papers, and individual books written with the direct involvement of renowned experts and released by both Russian and foreign publishers. For instance, in conjunction international Eisenbrauns Publishers, the Institute has been published the ‘Babel und Bibel’ sub-series – its materials are indexed in the Web of Science and Scopus databases. Furthermore, the IOCS issues, together with the international academic publisher Gorgias Press, the Journal of Language Relationship (its contributions are mostly in English).

General information on teaching at IOCS can be found on the pages of the following departments:

The Institute realizes the following majors:

Our future plans include new programmes in such areas as Egyptology, Indonesia and Malaysia, the countries and cultures of Africa (in addition to the aforementioned Ethiopic and Arabic Philology curriculum) in conjunction with studies of related languages and literary traditions.