Prof. Askold Ivantchik: “The King and Royal Power in the Scythian Ideas”

The IVth International Congress on the Archaeology of Eurasian Steppes “Nomadic Empires of Eurasia in the light of archaeological and interdisciplinary research” took place in Ulan‑Ude on September 16–21, 2019. The head of the Centre of Classical and Oriental Archaeology, IOCS HSE, Askold Ivantchik gave a paper at the opening session of the Congress on the subject “The King and Royal Power in the Scythian Ideas. Numismatics data”. 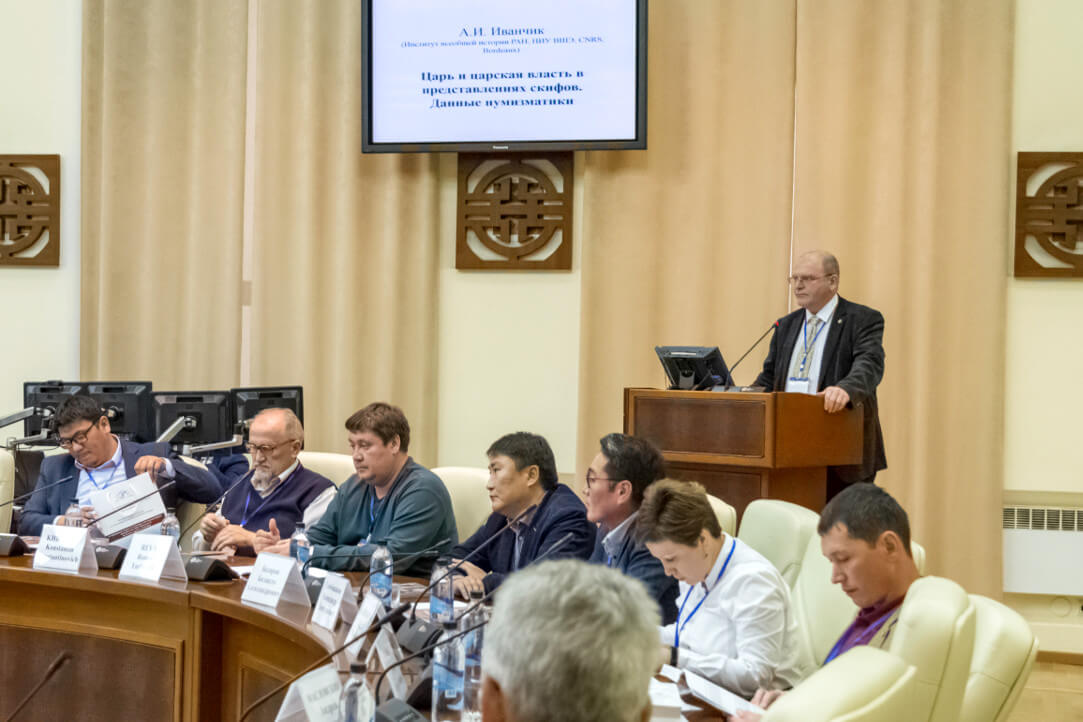 The Congress was organized this time by the Institute of Mongolian Studies, Buddhology and Tibetology of the Siberian Branch of the Russian Academy of Sciences with the participation of a number of other academic institutions from Russia, Kazakhstan and Mongolia. More than 200 researchers from Russia, Ukraine, Kazakhstan, Kyrgyzstan, Mongolia, China, Bulgaria, Hungary, France and other countries took part in it. In addition to scientific sessions, the program of the Congress included the opening of the exhibition “Huns. Empire of Steppes” in the National Museum of the Republic of Buryatia; the participants of the conference also got acquainted with the rich collection of manuscripts of the Institute of Mongolian Studies, Buddhology and Tibetology and visited the Hunnic Ivolginskoe site and Ivolginskiy datsan (Buddhist monastery).

The paper of Prof. Askold Ivantchik analyzed the semantics of images on coins minted in Greek cities on behalf of the Scythian kings from the point of view of their conformity to the Scythian notions of royal power, which are reconstructed on the basis of written sources both concerning the Scythians and other Iranian‑speaking peoples.

Programme of the Congress (in Russian)