On the 5th of December 2020 took place the International online seminar “Bosporus and the Northern Colchis. Greek colonies in a non‑Greek surrounding: dynamics of interaction of differently organized societies”, which was attended by participants from Russia, Georgia and Romania. The project was carried out under the direction of A.I. Ivantchik with financial support from the Russian Science Foundation. 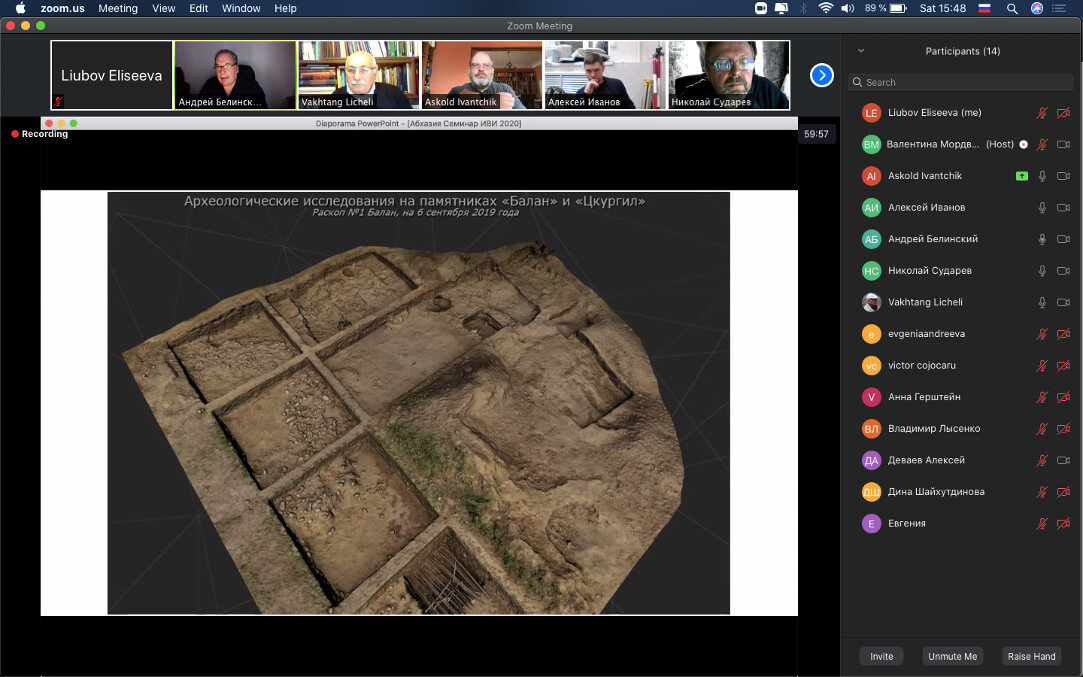 There are summed up the results of a scientific project devoted to the study of the problem of interaction between Greek colonists and the autochthonous population of the Bosporos and Northern Colchis at the early stage of Greek colonization and in the subsequent period.

The aim of the project was to study the fundamental problem of interaction between societies of different types in antiquity on the example of two historical and cultural areas — the Bosporos and Northern Colchis. In both areas, since the time of the beginning of the Greek colonization of the Northern Black Sea region, there lived an autochthonous “barbarian” population belonging to various economic and cultural types. During the interaction of societies of different types for seven centuries, on the territory of Bosporus and Northern Colchis till the 1st century BC, when these lands fall into the sphere of interests of Rome, there was a combination of various forms of co‑existence of the centers of “civilization” and “barbarian world”.

The scientific task of the project was to identify the common and peculiar features in the processes of interaction between Greeks and barbarians in various geographical, economic and cultural conditions during several historical stages on the basis of a comprehensive analysis of available data. The project was based on the written and archaeological sources, as well as on the data obtained with the help of nondestructive (remote and geophysical) methods.