Celebration of the Centenary of the International Union of Academies in Paris: Askold Ivantchik, Vice‑President of the Union—one of the organizers of the event 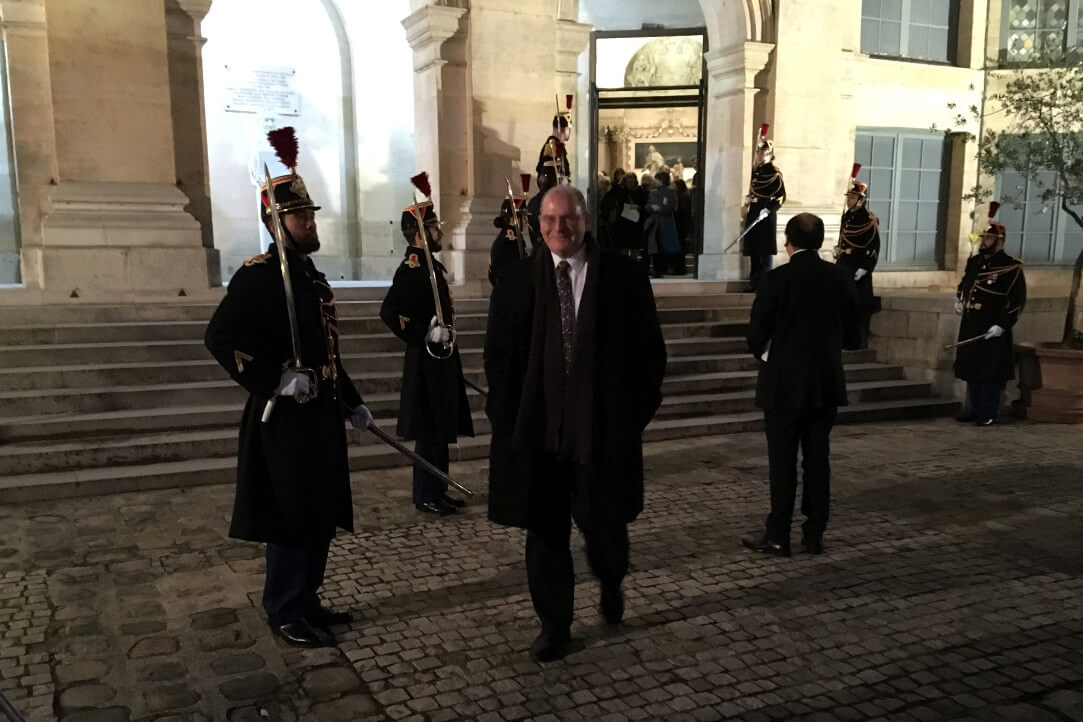 Askold Ivantchik in the yard of the Institut de France.

The UAI was established in 1919 in Paris and currently unites the academies of 63 countries, as well as several international academies. The Russian Academy represented by Academician Mikhail Rostovtseff was one of the founders of the UAI, but later the USSR did not recognize its membership and it was restored only in 1999.

The UAI supports 92 projects that require combining the efforts of academies of several countries, including such famous projects as Corpus Vasorum Antiquorum, Tabula Imperii Romani, Supplementum Epigraphicum Graecum, Encyclopaedia Iranica, etc. Information about the UAI and its projects is available on the Union’s website.

After the General Assembly of the UAI, a solemn scientific session was organized with guest talks of leading specialists in various humanities; archaeology was represented by the talk by the Vice‑President of the Russian Academy of Sciences Nikolaï Makarov “Archaeology in the Time of the New Challenges: Perspectives and Risk”. Two prizes for young scientists established by the UAI were then awarded.

The celebration ended with the annual solemn session of the Académie des inscriptions et Belles‑Lettres in the main hall of the Institut de France “under the dome”, sous la coupole, which this time was dedicated to the centenary of the UAI.

A report on the session sous la coupole


Programme of the Celebration