The conference “Archaeology of classical Bosporus and Pontus” dedicated to the 80th anniversary of Dmitry Borisovich Shelov was held in Rostov‑on‑Don, on October 28 — November 1, 2019. Head of the Centre of Classical and Oriental Archaeology Askold Ivantchik, Associate Professor Valentina Mordvintseva and students of the program “Classical and Oriental Archaeology” Alexey Devayev, Vladimir Lysenko and Pavel Nikulin presented there their lectures. The conference was very representative and brought together about a hundred experts on the archaeology of ancient Black Sea area from a dozen countries. It was held in a warm atmosphere thanks to the staff of the Tanais Archaeological Museum‑Reserve, the Southern Federal University and the Azov Museum of Local Lore, where meetings of scientific sections took place. 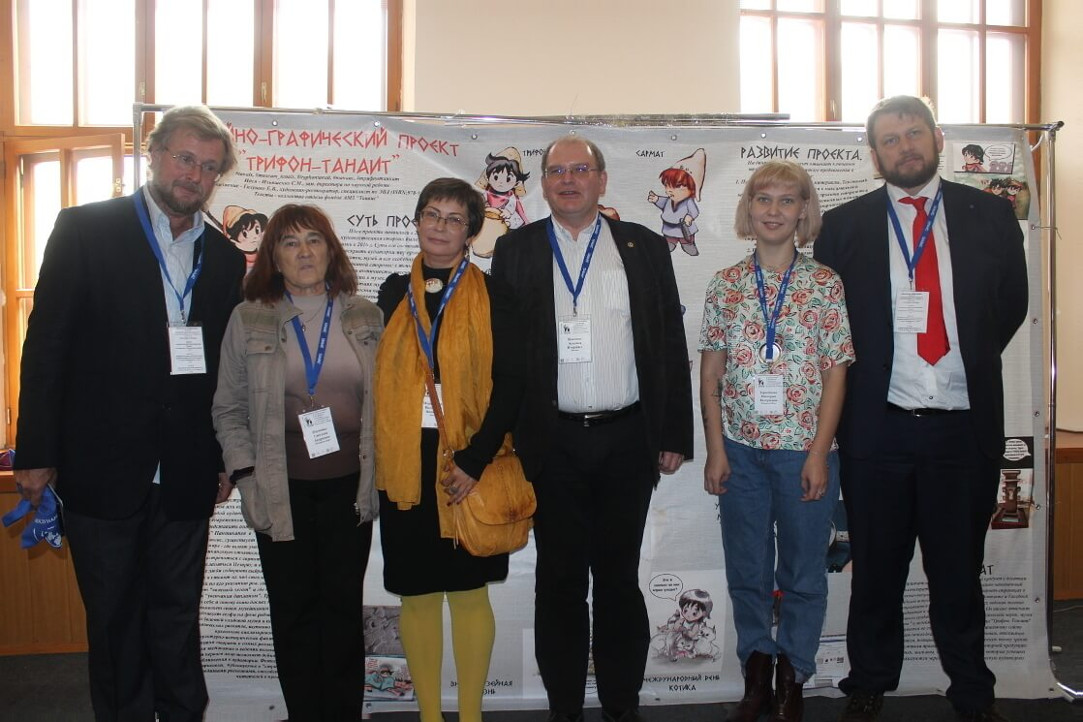 Text: At the conference “Archaeology of classical Bosporus and Pontus” Askold Ivanchik made a presentation “New inscription from Tanais”. An inscription of thiasos, a private religious association, was presented containing a list of names, some of which were first witnessed in the Greek world. Of particular interest is the name Kikeron, which is a Greek transcription of the name of the famous speaker Cicero — it is found for the first time. From this evidence it can be concluded that the influence of Rome on the Bosporan Kingdom in the second half of the 1st century AD, when Kikeron from Tanais got his name, was not limited only to the military and political sphere. Even on the most remote periphery of the Greek world, like Tanais, there were lovers and experts in both the Latin language and Latin literature. Another unique name attested by the inscription is of Sarmatian origin.

Valentina Mordvintseva critically analyzed the methods of studying archaeological cultures of the Sarmatian era. It was concluded that at the present stage, a radical rethinking of the existing scientific tradition is necessary in an ontological, epistemological and logical sense. As a methodological basis for specific approaches, she proposed the use of a network model, according to which the archaeological culture is a stable assemblage of objects and phenomena of the material world, reflecting network connections that have been formed and functioned on a certain territory in a specific period of time.

Alexey Devayev conducted a comparative analysis of the development of settlement structures on the Kerch and Heraclean peninsulas from the 3rd century BC to the 6th century AD. Vladimir Lysenko presented an analysis of children's burials of key necropolises of the Late Scythian archaeological culture. Pavel Nikulin discussed a group of helmets from the collection of Pushkin Museum of Fine Arts in terms of their possible origin, production technology (forging / casting), and probable analogies.