“The ups and downs of elites. Symbols of power in archaeological contexts”: a lecture of Valentina Mordvintseva

On November the 22nd, Associate Professor (IOCS HSE) and lecturer in the Master’s program in Classical and Oriental Archeology delivered a lecture on elite burials in antiquity. 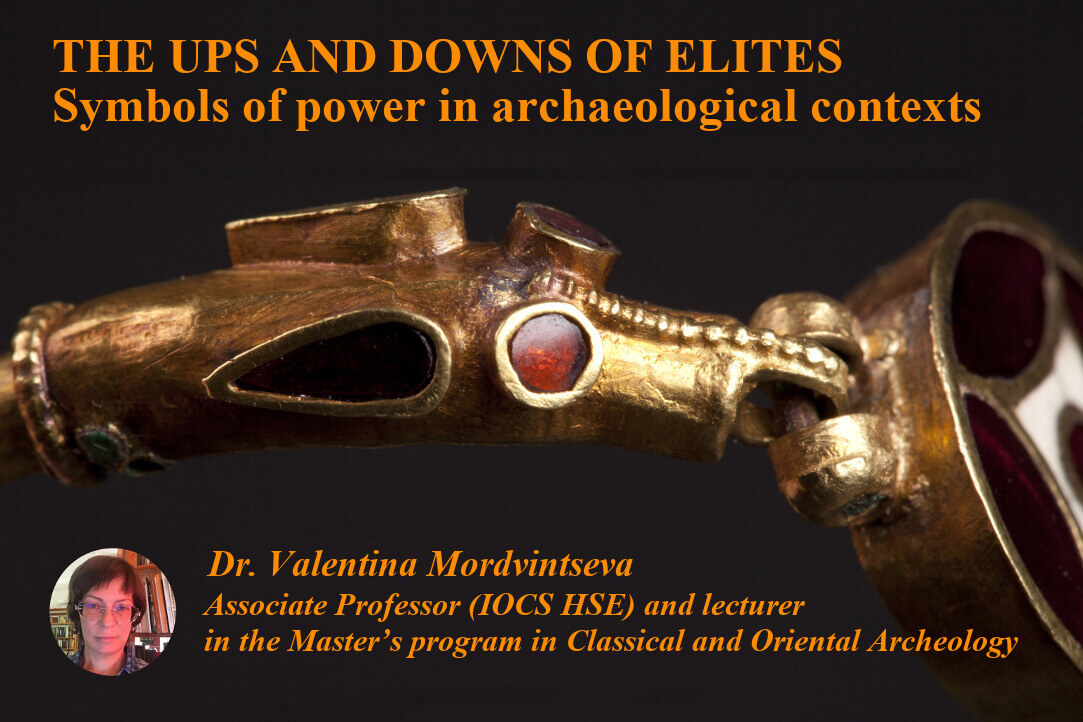 Archeology is the cultural anthropology of antiquity. The archaeologist studies the processes taking place in antiquity, which allows a better understanding of the cultural transformations in the modern world.

Cultural transformations are most vividly manifested in archaeological sites and monuments associated with the elites. The burials of the elite are material evidence of political processes happening in antiquity and in modern times. One of the forms of interaction in the political sphere is the exchange of symbols of power and status. In material culture, such symbols can be represented among the so-called “prestige items”. These are jewellery, weapons and horse harnesses buried with the deceased, highly artistic sets for the funeral feast, rarities brought from far, etc. Information on changes in the set of “prestige items” helps to consider the development of home and foreign policy relations between social elites, the processes of their centralization and decentralization.

On the example of the elite burials in the Volga-Don region, the cultural transformations that took place here in the Sarmatian epoch were illustrated. The observed changes in the location and composition of the burial complexes of the elite were largely due to the foreign policy factor, in particular the development of relations between the largest political actors of the time – Parthia and Rome. The Caucasus played an important strategic role in this struggle, and the territories adjacent to it from the north, where the Bosporan kingdom occupied the strongest positions, whose Asian part directly bordered the numerous and militant barbarian population of the North Caucasus, Eastern Azov and Lower Don. The nomadic chiefdoms of the Volga-Don region with their considerable military potential were obviously involved in internal and external political conflicts in Bosporus and the Caucasus. The booty and gifts received during the war and the conclusion of agreements turned out to be represented in the funeral ceremonies of the “barbarian” nobility, reinforcing their claim to leadership.